Are you looking for a new series to read during the New Year??For this month, I chose a few books that have been on my TBR list for awhile now, and I think would be great to add to your own!

Here are five YA books that you won’t want to miss this month: 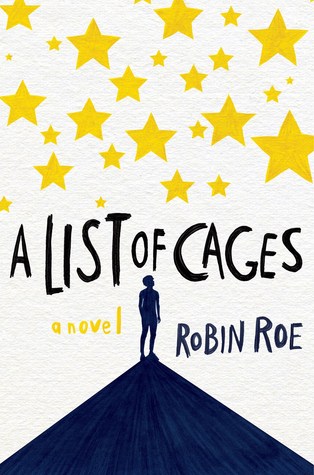 “When Adam Blake lands the best elective ever in his senior year, serving as an aide to the school psychologist, he thinks he’s got it made. Sure, it means a lot of sitting around, which isn’t easy for a guy with ADHD, but he can’t complain, since he gets to spend the period texting all his friends. Then the doctor asks him to track down the troubled freshman who keeps dodging her, and Adam discovers that the boy is Julian–the foster brother he hasn’t seen in five years.

Adam is ecstatic to be reunited. At first, Julian seems like the boy he once knew. He’s still kind hearted. He still writes stories and loves picture books meant for little kids. But as they spend more time together, Adam realizes that Julian is keeping secrets, like where he hides during the middle of the day, and what’s really going on inside his house. Adam is determined to help him, but his involvement could cost both boys their lives.”

“#1 New York Times bestselling YA author Alex Flinn is back with magical twists on four fairy-tale favorites, each featuring a little help from Kendra, the witch from Beastly, as she searches through cities and centuries for her lost love.

Being a powerful witch, Kendra has survived it all. Since she first beheld James over three hundred years ago, Kendra has tangled with witch hunters and wolves, helped a miller’s daughter spin straw into gold, cowered in London as German bombs fell, and lived through who knows how many shipwrecks. But her powers have limits, and immortality can be lonely. Kendra isn’t ready to stop searching for the warlock she had met centuries ago.

With the help of her magic mirror, Kendra will travel the world to reconnect with her lost love—and, of course, she can’t help but play a hand in a few more stories along the way.

Featuring retellings of favorite fairy tales such as Little Red Riding Hood, Rumpelstiltskin, East of the Sun and West of the Moon, and The Ugly Duckling, Alex Flinn’s latest young adult novel, Beheld, is fresh fairy-tale fun from beginning to end.” 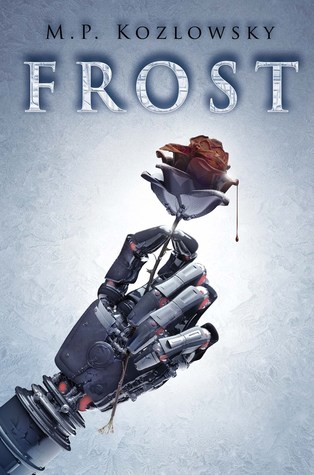 “Being human is her greatest strength.

Sixteen-year-old Frost understands why she’s spent her entire life in an abandoned apartment building. The ruined streets below are hunting grounds for rogue robots and Eaters.

She understands why she’s never met a human besides her father. She even understands why he forbids her to look for medicine for her dying pet. But the thing is, it’s not her real father giving the orders…

Before he died, Frost’s father uploaded his consciousness into their robot servant. But the technology malfunctioned, and now her father fades in and out. So when Frost learns that there might be medicine on the other side of the ravaged city, she embarks on a dangerous journey to save the one living creature she loves.

With only a robot as a companion, Frost must face terrors of all sorts, from outrunning the vicious Eaters…to talking to the first boy she’s ever set eyes on. But can a girl who’s only seen the world through books and dusty windows survive on her own? Or will her first journey from home be her last?”

The Cage (The Cage #1) by Megan Shepherd

“The Maze Runner meets Scott Westerfeld in this gripping new series about teens held captive in a human zoo by an otherworldly race. From Megan Shepherd, the acclaimed author of The Madman’s Daughter trilogy.

When Cora Mason wakes in a desert, she doesn’t know where she is or who put her there. As she explores, she finds an impossible mix of environments—tundra next to desert, farm next to jungle, and a strangely empty town cobbled together from different cultures—all watched over by eerie black windows. And she isn’t alone.

Four other teenagers have also been taken: a beautiful model, a tattooed smuggler, a secretive genius, and an army brat who seems to know too much about Cora’s past. None of them have a clue as to what happened, and all of them have secrets. As the unlikely group struggles for leadership, they slowly start to trust each other. But when their mysterious jailer—a handsome young guard called Cassian—appears, they realize that their captivity is more terrifying than they could ever imagine: Their captors aren’t from Earth. And they have taken the five teenagers for an otherworldly zoo—where the exhibits are humans.

As a forbidden attraction develops between Cora and Cassian, she realizes that her best chance of escape might be in the arms of her own jailer—though that would mean leaving the others behind. Can Cora manage to save herself and her companions? And if so . . . what world lies beyond the walls of their cage?”

“Passage, n.
i. A brief section of music composed of a series of notes and flourishes.
ii. A journey by water; a voyage.
iii. The transition from one place to another, across space and time.

In one devastating night, violin prodigy Etta Spencer loses everything she knows and loves. Thrust into an unfamiliar world by a stranger with a dangerous agenda, Etta is certain of only one thing: she has traveled not just miles but years from home. And she’s inherited a legacy she knows nothing about from a family whose existence she’s never heard of. Until now.

Nicholas Carter is content with his life at sea, free from the Ironwoods—a powerful family in the colonies—and the servitude he’s known at their hands. But with the arrival of an unusual passenger on his ship comes the insistent pull of the past that he can’t escape and the family that won’t let him go so easily. Now the Ironwoods are searching for a stolen object of untold value, one they believe only Etta, Nicholas’ passenger, can find. In order to protect her, he must ensure she brings it back to them—whether she wants to or not.

Together, Etta and Nicholas embark on a perilous journey across centuries and continents, piecing together clues left behind by the traveler who will do anything to keep the object out of the Ironwoods’ grasp. But as they get closer to the truth of their search, and the deadly game the Ironwoods are playing, treacherous forces threaten to separate Etta not only from Nicholas but from her path home… forever.”