Check out these 5 YA novels you should read this month!

The Afterlife of Holly Chase by Cynthia Hand

“On Christmas Eve five years ago, Holly was visited by three ghosts who showed her how selfish and spoiled she’d become. They tried to convince her to mend her ways.

And then she died.

Now she’s stuck working for the top-secret company Project Scrooge–as the latest Ghost of Christmas Past.

Every year, they save another miserly grouch. Every year, Holly stays frozen at seventeen while her family and friends go on living without her. So far, Holly’s afterlife has been miserable.

Far from the Tree by Robin Benway

“A contemporary novel about three adopted siblings who find each other at just the right moment.

Being the middle child has its ups and downs.

But for Grace, an only child who was adopted at birth, discovering that she is a middle child is a different ride altogether. After putting her own baby up for adoption, she goes looking for her biological family, including—

Maya, her loudmouthed younger bio sister, who has a lot to say about their newfound family ties. Having grown up the snarky brunette in a house full of chipper redheads, she’s quick to search for traces of herself among these not-quite-strangers. And when her adopted family’s long-buried problems begin to explode to the surface, Maya can’t help but wonder where exactly it is that she belongs.

And Joaquin, their stoic older bio brother, who has no interest in bonding over their shared biological mother. After seventeen years in the foster care system, he’s learned that there are no heroes, and secrets and fears are best kept close to the vest, where they can’t hurt anyone but him.“ 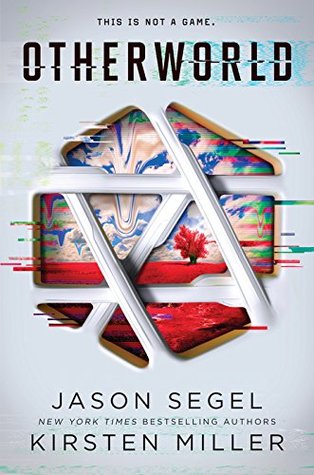 “The company says Otherworld is amazing—like nothing you’ve ever seen before. They say it’s addictive—that you’ll want to stay forever. They promise Otherworld will make all your dreams come true.

Simon thought Otherworld was a game. Turns out he knew nothing. Otherworld is the next phase of reality. It’s everything you’ve ever wanted.

And it’s about to change humanity forever.
Welcome to the Otherworld. No one could have seen it coming.“

The Renegades are a syndicate of prodigies—humans with extraordinary abilities—who emerged from the ruins of a crumbled society and established peace and order where chaos reigned. As champions of justice, they remain a symbol of hope and courage to everyone…except the villains they once overthrew.

Nova has a reason to hate the Renegades, and she is on a mission for vengeance. As she gets closer to her target, she meets Adrian, a Renegade boy who believes in justice—and in Nova. But Nova’s allegiance is to a villain who has the power to end them both.“

““We all hold a beast inside. The only difference is what form it takes when freed.”

Rain Ryland has never belonged anywhere, He’s used to people judging him for his rough background, his intimidating size, and now, his orphan status. He’s always been on the outside, looking in, and he’s fine with that. Until he moves to New Wurzburg and meets Friederike Burkhart.

Freddie isn’t like normal teen girls, though. And someone wants her dead for it. Freddie warns he’d better stay far away if he wants to stay alive, but Rain’s never been good at running from trouble. For the first time, Rain has something worth fighting for, worth living for. Worth dying for.“

What books are you excited to finish this fall??