Captive Rebel by Erin McDermott is a YA Fantasy story of a girl on the run and the prince she may be falling for.. 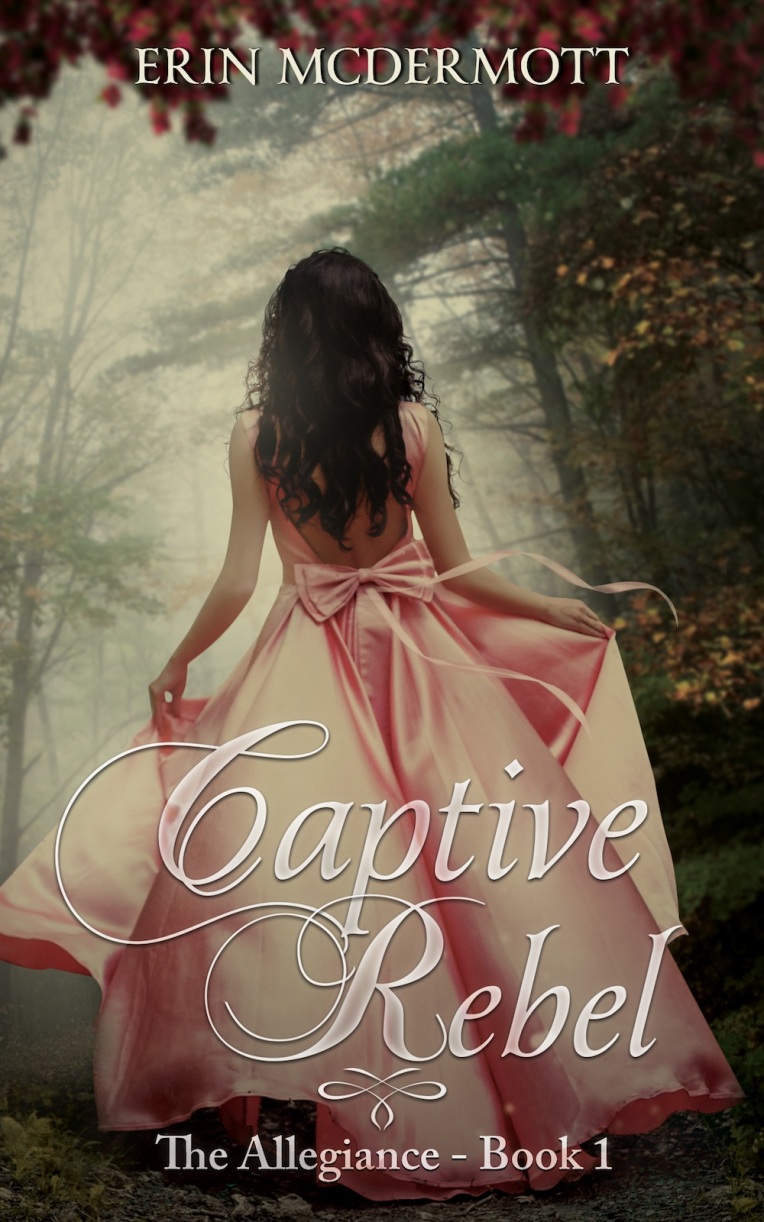 “In a world where Greek Gods rule over the Allegiance, Marylyn O’Conner struggles to survive.

Marylyn is a rebel, forced to do the rebellion’s bidding until an unforgiving family debt is paid. A pawn in the war against the Allegiance, she is obligated to become a rebel spy, or her family will suffer.

When word spreads that an Allegiant Prince, Ariston, has escaped rebel captivity vowing to hunt down rebel spies, Marylyn realizes her only hope is to escape Allegiant territory.

While on the run, Ariston captures Marylyn, preventing her from any chance of returning home. Desperate, she knows she needs to escape her alluring captor or risk the safety of her family.

But Marylyn can’t keep herself from falling for the mysterious prince as she finds that he can empathize with her troublesome past – a past no ally has understood before.”

“Moist hands wrapped around my lower arm. “Excuse me, you’re that rebel girl aren’t you?” I turned to face a boy with sweeping black hair and piercing gray eyes. Unfortunately for him, he struggled to stand and his breath was repulsive.

“Who else would I be?” I bluntly responded while attempting to rip my arm from his hold. He only squeezed it tighter.

“I say you shouldn’t listen to these people who are talking poorly about you. I don’t think you’re a bad person. Not at all,” he gave me a weak smile and stumbled toward me.

I took a step back, weary of this boy. “Well, they’re probably right,” I said, trying to persuade him to back off. He continued approaching me with a sloppy grin plastered across his face. Clearly, my words did not dissuade him.

He held tighter on my arm as his face came increasingly close to mine. Before I knew what was happening, I reacted.

The moment his lips brushed against mine I pushed him away with my free arm. He went staggering to the floor. His one hand still firmly held onto my arm, dragging me down with him.

My body fell against his and my hair cascaded around his face. Before I could react, he slammed his hands against my chest, tossing my unprepared body onto the wooden floor next to him. My shoulder slammed onto the ground and I moaned in pain.

I reached for my shoulder and gripped it tightly. Before I could make another move large hands wrapped around my waist, pulling me up to a standing position. Bulky arms wrapped around me and I was pulled back into a man’s chest.

“Walk away before I hurt you,” Ariston’s warm breath tickled my ear as he spoke with a protective voice.

The boy in front of me was unrelenting, “She’s scum. Why are you protecting her?”

The pub went silent and all eyes were on the three of us. Ariston’s grip around my waist was unusually comforting, and I had a burning desire to ask him not to let go.

His deep voice echoed through the silent pub. “As your prince, and a man tortured by her kind, she is rightfully mine.”

“Rightfully no one’s,” I aggressively whispered only loud enough for him to hear and no one else.

“After spying on my family, you are mine.””

“Erin McDermott was born and raised in New Jersey. She graduated college with a bachelors degree in History. If she’s not in her room writing, you may find somewhere on the Jersey Shore with her family. She has been writing stories since 3rd grade. It was not until after experiencing the fast-paced life New York City had to offer that she decided to finally take the plunge and finish her first book, CAPTIVE REBEL (The Allegiance, Book 1).

During her years in college she expressed a deep interest in Greek Mythology, which she incorporates into The Allegiance Series. She is incredibly grateful to her family for supporting her throughout the trials and tribulations of the independent publishing process.”

Want to enter for a chance to win a $25 Amazon Gift Card! 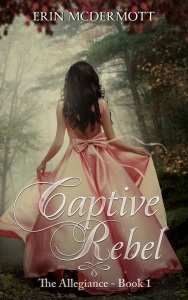 One thought on “Book Blitz: Captive Rebel (The Allegiance #1) by Erin McDermott”