Check out which books I finished 2018 and started 2019 with in this week’s reading update :

City of Bones (The Mortal Instruments #1) by Cassandra Clare 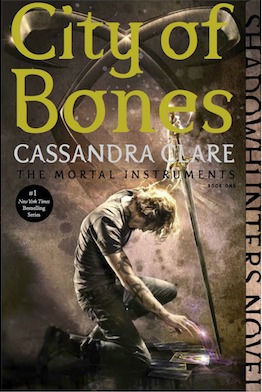 “When fifteen-year-old Clary Fray heads out to the Pandemonium Club in New York City, she hardly expects to witness a murder― much less a murder committed by three teenagers covered with strange tattoos and brandishing bizarre weapons. Then the body disappears into thin air. It’s hard to call the police when the murderers are invisible to everyone else and when there is nothing―not even a smear of blood―to show that a boy has died. Or was he a boy?

This is Clary’s first meeting with the Shadowhunters, warriors dedicated to ridding the earth of demons. It’s also her first encounter with Jace, a Shadowhunter who looks a little like an angel and acts a lot like a jerk. Within twenty-four hours Clary is pulled into Jace’s world with a vengeance when her mother disappears and Clary herself is attacked by a demon. But why would demons be interested in ordinary mundanes like Clary and her mother? And how did Clary suddenly get the Sight? The Shadowhunters would like to know…   ” 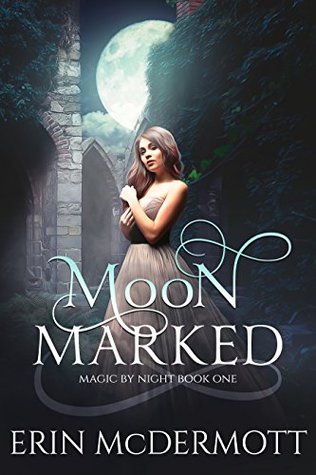 “Sophia Ballance lived a simple life until her mom mysteriously disappeared. But that wasn’t when her life turned upside down.

No, it turned upside down when she was captured in the middle of the night and given to a man set on sending her to her death – a wickedly beautiful fallen angel named Alexander.

She could do nothing to stop him. That is until the incredibly sexy werewolf, Finn, rescues her from him.

But Finn will not let her return to her simple life void of immortal beings who’d rather see her dead than alive. Apparently, she is special. She is one of the last surviving moon witches, a race fallen angels want to see eradicated from earth, and it is Finn’s sworn duty to protect her.

No one has faced off against a fallen angel and lived, so Finn and Sophia are fated to live a life on the run. But Sophia soon realizes that defeating Alexander may be her only chance at returning to her family.

With Finn set on running she realizes she has to escape the only person who wants to protect her – to meet with the one who wants her dead.“

Color of Lies by C.J. Lyons 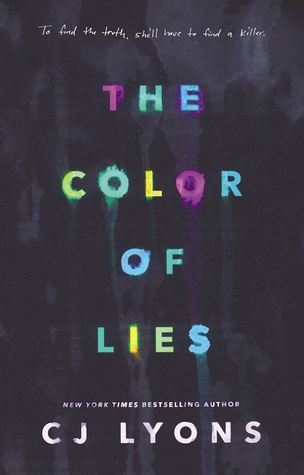 “From New York Times and USA Today bestselling author CJ Lyons comes The Color of Lies, a world drenched in color and mystery.

High school senior Ella Cleary has always been good at reading people. Her family has a rare medical condition called synesthesia that scrambles the senses—her Gram Helen sees every sound, and her uncle Joe can literally taste words. Ella’s own synesthesia manifests itself as the ability to see colors that reveal people’s true emotions…until she meets a guy she just can’t read.

Alec is a mystery to Ella, a handsome, enigmatic young journalist who makes her feel normal for the first time in her life. That is, until he reveals the real reason why he sought her out—he wants to learn the truth behind her parents’ deaths, the parents that Ella had always been told died in a fire. Alec turns Ella’s world upside down when he tells her their deaths were definitely not an accident.

After learning her entire life has been a lie, Ella doesn’t know who she can trust or even who she really is. With her adoptive family keeping secrets and the evidence mixing fact and fiction, the only way for Ella to learn the truth about her past is to find a killer.

Perfect for fans of Caroline B. Cooney, Ally Carter, and Jennifer Brown, The Color of Lies blurs the lines between black-and-white facts and the kaleidoscope of reality.“

“The first book in a brutally stunning series where a young girl finds herself becoming more monster than human and must uncover dangerous truths about who she is and the place that has become her home.

As the last child in a family of daughters, seventeen-year-old Janneke was raised to be the male heir. While her sisters were becoming wives and mothers, she was taught to hunt, track, and fight. On the day her village was burned to the ground, Janneke—as the only survivor—was taken captive by the malicious Lydian and eventually sent to work for his nephew Soren.

Janneke’s survival in the court of merciless monsters has come at the cost of her connection to the human world. And when the Goblin King’s death ignites an ancient hunt for the next king, Soren senses an opportunity for her to finally fully accept the ways of the brutal Permafrost. But every action he takes to bring her deeper into his world only shows him that a little humanity isn’t bad—especially when it comes to those you care about.

Through every battle they survive, Janneke’s loyalty to Soren deepens. After dangerous truths are revealed, Janneke must choose between holding on or letting go of her last connections to a world she no longer belongs to. She must make the right choice to save the only thing keeping both worlds from crumbling.“

Favorite Book of the Week: Color of Lies

For this next week, Bout of Books 24 begins!! I am so excited to finally be back in my absolute favorite read-a-thon, and I hope y’all are able to join in!

Click HERE to go to my blog post with all the details and my bookish goals for the week!