Red Rover: Origins by C.E. Whitaker III is a YA Sci-Fi Action Adventure set on a space station! 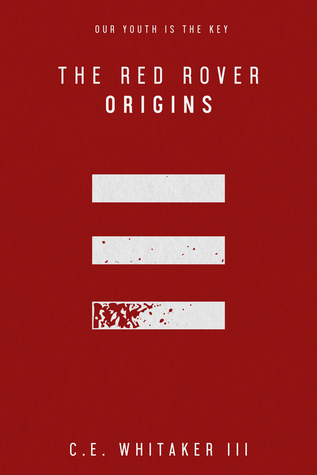 “In the distant future, seven teenage explorers, bonded together by unspeakable loss, embark on an epic journey of discovery, wonderment and survival throughout our infinite universe, which will subsequently unlock the full potential of their minds, bodies and souls.

Humanity has always possessed a fascination with the unknown. More specifically the universe.

In the case of thirteen-year-old, ORION MOORE, it literally was all he had ever known. Since birth, Orion has lived amongst a group of over five hundred Earthlings on the Rover Base Alpha, a gigantic space-station that left the Earth decades’ prior in search of a new home. In a matter of weeks, the Base’s leadership put a plan into action that would send their Rover teams to foreign galaxies in hopes of securing a planet suitable for colonization.

At the same time, Orion and his fellow classmates were expected to begin their exploration training, an intense military program designed to take them from neophytes to cadets. Sent away on the Red Rover, it was during this training exercise that these young people would learn the survival skills needed to cope with the harsh conditions that many of the uncharted worlds in the galaxy already possessed.

Unbeknownst to Orion and his friends, their lives were about to be irrevocably changed forever, forcing them to band together in an epic adventure for survival. For them, this was only the beginning. Some say that destiny cannot exist without a journey… and for the members of the Red Rover, they’re about to see exactly how prophetic that statement really was.”

The concept with this book really drew me in. I love space reads, and this one wasn’t an exception.

We follow a few teenagers as they are training for their life at the space station. There’s adventure and action all thrown into a unique concept that I haven’t seen touched on much in YA.

I enjoyed reading this book. The writing was a little disconnected for me, and I felt like I had to really concentrate at times to understand what was going on. But overall, I don’t think it hindered my reading experience too much.

I gave this one 3 out of 5 stars. I think this was a great YA Sci-fi space story, and I really wish I could’ve explored more of their universe!

How I Read It: eBook from Author

*Disclaimer: I received a free copy of this book from the Author in exchange for an honest review. All my reviews contain my honest opinions only and are not influenced in any way*