Thorn by Intisar Khanani is a YA Fantasy story of a princess, sorceress, and a start at a new life. 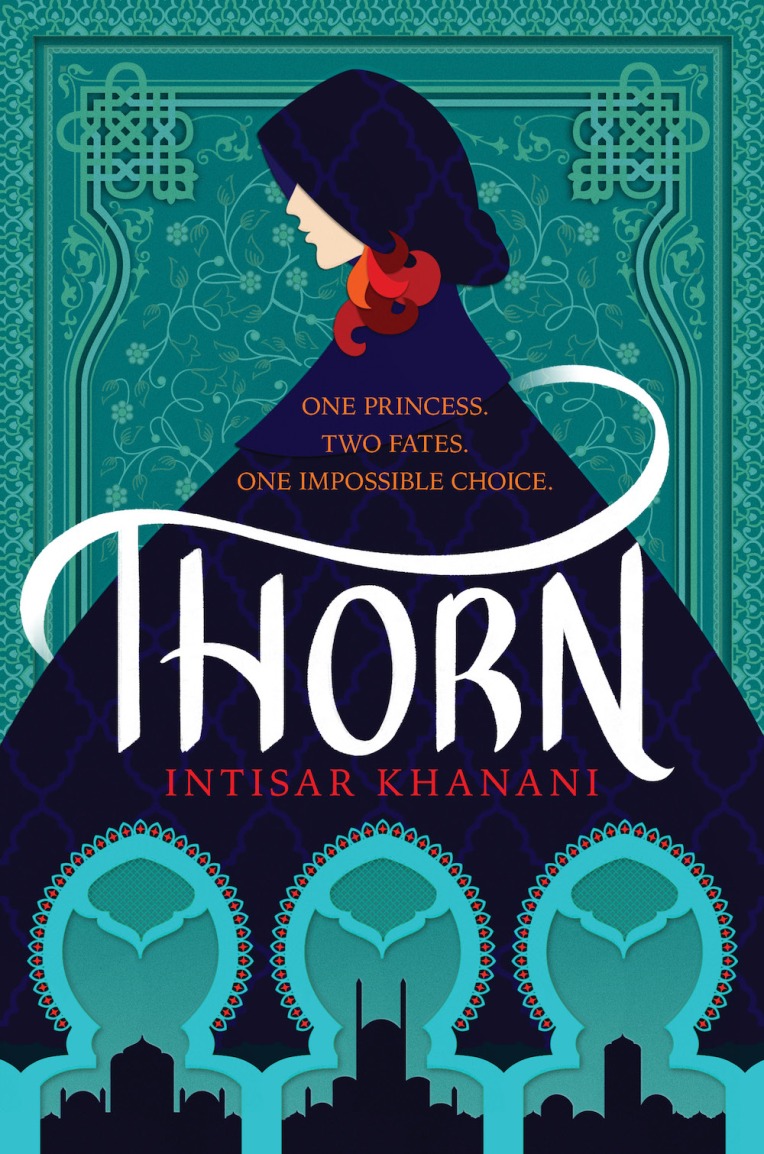 “A princess with two futures. A destiny all her own.

Between her cruel family and the contempt she faces at court, Princess Alyrra has always longed to escape the confines of her royal life. But when she’s betrothed to the powerful prince Kestrin, Alyrra embarks on a journey to his land with little hope for a better future.

When a mysterious and terrifying sorceress robs Alyrra of both her identity and her role as princess, Alyrra seizes the opportunity to start a new life for herself as a goose girl.

But Alyrra soon finds that Kestrin is not what she expected. The more Alyrra learns of this new kingdom, the pain and suffering its people endure, as well as the danger facing Kestrin from the sorceress herself, the more she knows she can’t remain the goose girl forever.

With the fate of the kingdom at stake, Alyrra is caught between two worlds and ultimately must decide who she is, and what she stands for.”

“Intisar Khanani grew up a nomad and world traveler. She has lived in five different states as well as in Jeddah on the coast of the Red Sea. Until recently, Intisar wrote grants and developed projects to address community health with the Cincinnati Health Department, which was as close as she could get to saving the world. Now she focuses her time on her two passions: raising her family and writing fantasy. She is the author of The Sunbolt Chronicles and Thorn (HarperTeen 2020).”

Click HERE to jump on over to Goodreads and you can preorder your own copy here:

One thought on “Cover Reveal: Thorn by Intisar Khanani”