Rainstorm by Susana Mohel is an Adult Contemporary Romance with one of the most gorgeous covers I’ve seen!

“People say when you’re dying your entire life passes before your eyes.

But it is not my time.

I’m not about to take my final breath.

Although it feels like the end of my life.

Laughing at me. Mocking my marriage. Targeting my dream.

All is going away, imploding. The future I’ve envisioned becoming just debris.

The man I love requesting a divorce.

Drowning in an ocean of pain and confusion, I refuse to let this end my life.

This is hard, but I’m stronger.

The rainstorm is hitting me full force, but I’ll stand.

After all, I’m the woman who owns the sunshine.”

““Hey…” He smiled, as a fresh strawberry margarita magically appeared in front of me, and although my jaw was already practically on the floor because of those glimpses of him I’d been stealing, they were nothing compared to having him so close. Those eyes, blue as the flames burning my skin. Scorching me. Branding my soul.

But still, this had to stop. It was ridiculous, and not at all how I should be reacting to a random stranger. He’d probably just recognized me and was a little starstruck. It happened occasionally, one of the penalties of being a minor TV celebrity.

I straightened my shoulders as I turned to cut him off, because if he was under the impression that I was some kind of a bimbo he was so, so wrong.

“Thank you, but I’m not interested, and as you can see I already have my own drink,” was all I could muster up. Although I was pretty sure he already knew who I was, he made no mention of it.

His full lips curved in a smirk. I turned to look at Mandy Sue, who was staring at us like a hawk. A stunned one, I should add.

He said something in Mandy’s ear and she almost choked, her gray eyes as wide as saucers.

“What is it you want?” I asked, shaking my head at my friend’s reaction to whatever he’d said. “Who are you?”

“Just a random guy,” he replied with a smile, and my own faded.

Just a random guy, I thought while gazing at him. No, that was not true. A random guy would not look like that. There was nothing random about him. How his Henley T-shirt fit him and how I wanted to draw a road on his skin going south…

There was nothing random about the way my body reacted to his presence, alienating all my senses. Those eyes watching me so intensely as if they knew all the secrets of my body… and my soul.

There was nothing random about the way I trembled when his hand touched my shoulder softly, warming my skin; proclaiming that I was his and at the same time announcing to the world that he was mine.

There was definitely nothing random about the way he made me feel. 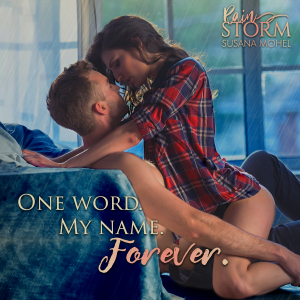 He was gorgeous in a panty-dropping way. More than that, some earth-shattering vibration was coming to me through the space separating us.

No, there was nothing random about him. About us.

“I’m Chase,” he stated confidently, his stare not dropping, not even slightly. Clearly, he was the kind of man who knew what he wanted. “Chase Holland.”

He wasn’t even attempting to hide his intentions, no acting like a wolf in sheep’s clothing for him.

He was a hunter. The chaser. And clearly, he wanted me as his prey.

“And she’s Roselynn,” my friend offered on my behalf, even though I was right there, wondering where there was a hot potato to shove in her mouth when I needed it.“ 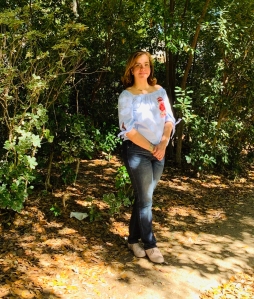 “Author, wife, and mother of a girl and a puppy. I love the happily ever after. Believer & dreamer. I live in my own world, sipping Ginger Ale and lime. I’m always plotting my next book, coloring pages, and reading.”

This excerpt reveal is organized by: Inkslinger PR!