Marrow Charm by Kristin Jacques is a YA Fantasy of plagues, magic, and monsters! 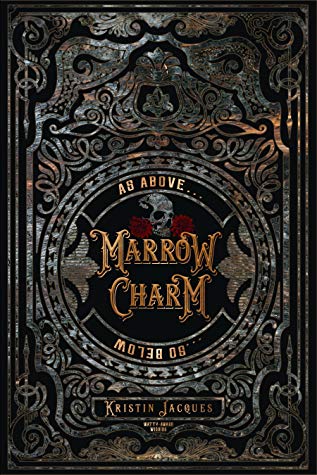 “’In his pursuit of the occult, the Third Reich opened the Gate to a realm of magic and brought the world to ruin. The Gate was eventually closed, but They were already in our world and They were hungry.’

-The Lost History, Library of Avergard

Azure ‘Azzy’ Brimvine lives in a world decimated by magic, where humans have retreated underground from the overwhelming dangers of the surface. But Below is no safer than Above.

Magic borne plagues continue to eat away at the remaining human cities, a sickness that doesn’t merely kill, but creates aberrations from the stricken: people twisted by magic into something dark, dangerous, and powerful. It is an existence of fear and constant dread. When Azzy’s brother, Armin, is infected and cast out into the Above, she sets out after him, determined to be there for him no matter what he becomes.

The world Above is full of monsters, both wild and cunning, some more human than Azzy was led to believe. Armin is captured and bound for the Auction block of Avergard, a ruthless city of inhuman lords and twisted creatures. To reach him, Azzy must brave the perils of the Above and the chaotic life forms created by the Gate. To reach him, she must find allies and forge new bonds in this broken world.

And Azzy must reach him, before Armin’s new power is used to open the Gate once more.”

How I Read It: eARC requested from Xpresso Book Tours

*Disclaimer: I requested a copy of this book from Xpresso Book Tours in exchange for an honest review. All of my reviews contain my honest opinions only and are not influenced in any way.

My favorite part about this book was the world building. It’s a magic system that has taken its toll on society and become far worse than they hoped.

It’s a story with mystery, family, and disease. The writing sucks you in as much as the magic does to its victims.

If you’re looking for a unique touch to magic and the horrors that make a good Halloween story, this series may be right up your alley. 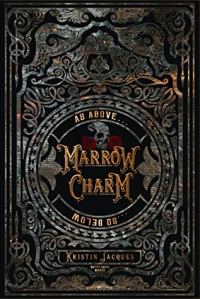