The Estranged series by Ethan M. Aldridge is a YA Graphic Novel of swapped children stuck in opposite worlds!

“Edmund and the Childe were swapped at birth. Now Edmund lives in secret as a changeling in the World Above, with fae powers that make him different from everyone else—even his unwitting parents and older sister, Alexis. The Childe lives among the fae in the World Below, where being human makes him an oddity at the royal palace, and where his only friend is a wax golem named Whick.

But when the cruel sorceress Hawthorne takes the throne, the Childe and Edmund realize that the fate of both worlds may be in their hands—even if they’re not sure which world they belong to.”

If you love YA Fantasy stories AND graphic novels, you will enjoy this series!

We follow two main characters who were swapped at birth, and to make the twist even crazier, one lives in the modern world while the other lives in a fantasy world!

But neither knows the other exists, or at least, until their worlds collide. Neither feels like their fit in, so when they decide to switch, they realize they may have gotten over their heads.

And then a threat shows up causing them to set out on an adventure to save both their worlds.

I really enjoyed this series as a whole. The illustrations definitely had a Fantasy vibe and featured some fun, crazy creatures.

Since it is a graphic novel, you will fly through both books in a matter of hours. I gave both 4 out of 5 stars and recommend them!

How I Read It: Paperback from Publisher

*Disclaimer: I received a free copy of this book from the Publisher in exchange for an honest review. All of my reviews contain my honest opinions only and are not influenced I any way.* 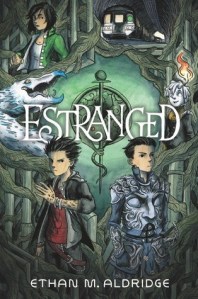 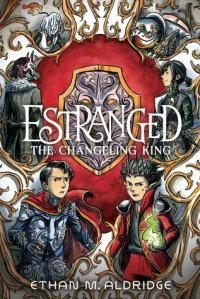